How to check device ID How to update software


Take note! After the upgrade is complete, please restart your device to avoid any unknown errors! 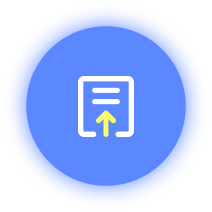 1. Solved issues for desktop does not refresh and synchronize after setting the phone avatar and then modify it to a cartoon avatar.

3. Optimized the Cam REC software. After switching on the full screen mode, the last full screen setting will be remembered even when restarting device or turning off the vehicle.

4. Added the switch for over speeding and fatigue driving reminder. The working mechanism is: a) When the speed exceeds 130km/h, a speeding reminder will be alert. In order to avoid disturbing users repeatedly, the next alert prompt will detect whether there is speeding after 30 minutes. b) When driving for more than 3 hours continuously, and the speed is higher than 50km/h, it will trigger a fatigue driving reminder. For the next alert prompt will check for fatigue level after continuous driving for 3 hours.

5. When the over speeding or fatigue driving reminders prompt, the radio or music that is playing will be interrupted. This has been optimized and resolved in this version.

8. In order to avoid affecting the bottom touch control experience, the gesture function of sliding up to return to the previous level has been removed.As this gesture function will occupy a small area at the bottom of the screen. For example, the lower menu buttons of Google Maps and Youtube are relatively small, which will block the touch area that will affect user experience.

If you have already upgraded to the 15th June firmware version, you can now update your device firmware over the air (OTA) by directly clicking on the online automatic upgrade from the car head unit! During the upgrade process, ensure that the network is stable and the vehicle remains ignition on.

Tip: After the upgrade is completed, if the default language is Russian, you may    click to view    and change the language!

If your country does not support YANDEX navigation software, you can remove it by long press the icon to uninstall.

In the latest major update, the following functions will be added:

1. CAM REC software, you can now record the rear camera view and save it to your designated USB flash drive.

2. TEYES YAHU, which is the world's first dedicated 3D music player app for car head units.Due to the complexity of the technology, TEYES YAHU will be released through TEYES software, and we will notify you to download it at that time! It is expected to be completed in July!

3. New setting option to set the screen brightness according to your local sunrise and sunset time.

6. CAR LINK software, which supports wireless or wired Car Play and wired Android Auto connection.
●Please note that Car Play is only supported in the new batch CC3 devices produced in 2021. Whereas Android Auto is not restricted.
●It is advisable to use the original iPhone USB cable for connection when using wired Car Play.
●Please make sure that the Bluetooth is connected to the phone when using wireless Car Play.

8. A new layout theme of the main interface has been added, and the automatic switching between day and night modes has also been added.
●Now in the main interface, you can directly perform speed dialling, view driving data, compass, GPS-related information, and 4 main music sources can be switched with just a single touch button.
●Improved the picture-in-picture layout and increased the picture-in-picture display size.

10. New auto switch function that determines the dark or light mode by according to the vehicle headlight is turned on or off with seamless switching without any interruption to the running application.

12. In addition to the new cartoon avatar, the Bluetooth underlying protocol has also been updated to support the synchronization of mobile phone contact avatars to the head unit display.

13. Ringtone one-key mute button in the caller ID. This feature can be helpful when you do not want to answer the phone, hang up, or be disturbed by the ringtone!

14. For users in the United States, now support the weather display temperature unit in Fahrenheit.

15. For users in South Korea, now supports human voice response without wake-up support, and adds T MAP as an application software that executes the "turn on navigation" command.

16. TEYES RADIO Internet radio station, which can play music quickly at anytime and anywhere, and added a private radio station. You can upload or share music by visiting mp3.teyes.ru.

17. The video tutorial of the steering wheel setting software has been added in multiple languages.

20. Single finger gesture to slide out the APP menu from the right side, and slide from the bottom to return to the previous level. This function is supported no matter what interface you are in!

23. Allow users to remove software that cannot be uninstalled on the previous version, such as YANDEX, TEYES ONLINE, TEYES, TEYES OBD, etc. We leave the greatest extent of the choices to the users themselves.